When we analyze esports events at FanAI, we leverage both big data in our platform and on-the-ground experience to fully round out our understanding and context of the event in question. Below we have recapped some initial findings and analysis pertaining to the recently concluded DreamHack Dallas 2019 festival, DreamHack’s biggest North American event to date, from both a quantitative and qualitative perspective. In addition to digital viewership data, our analysis includes audience observations and insights into the effects that show floor design can have on audience energy and engagement within an event.

At DreamHack, there’s a little bit of something for all different types of gaming fans. The show floor is sprawling and includes dedicated areas for a BYOC LAN party, expo hall, free play areas, and tournaments for amateurs and professionals alike. One of the most stark observations about the event was seen between the DreamHack Masters CS:GO stage and the DreamHack Pro Circuit Rocket League stage.

DreamHack Masters was held in an arena setting, and was designed with a much more sedentary feel in mind. Like many esports tournaments, it made use of existing stadium infrastructure with seating facing a main stage setup, low lighting and high levels of stage production. During the finals the arena was packed to the brim, creating an atmosphere not unlike other high-budget tournaments we’re used to. 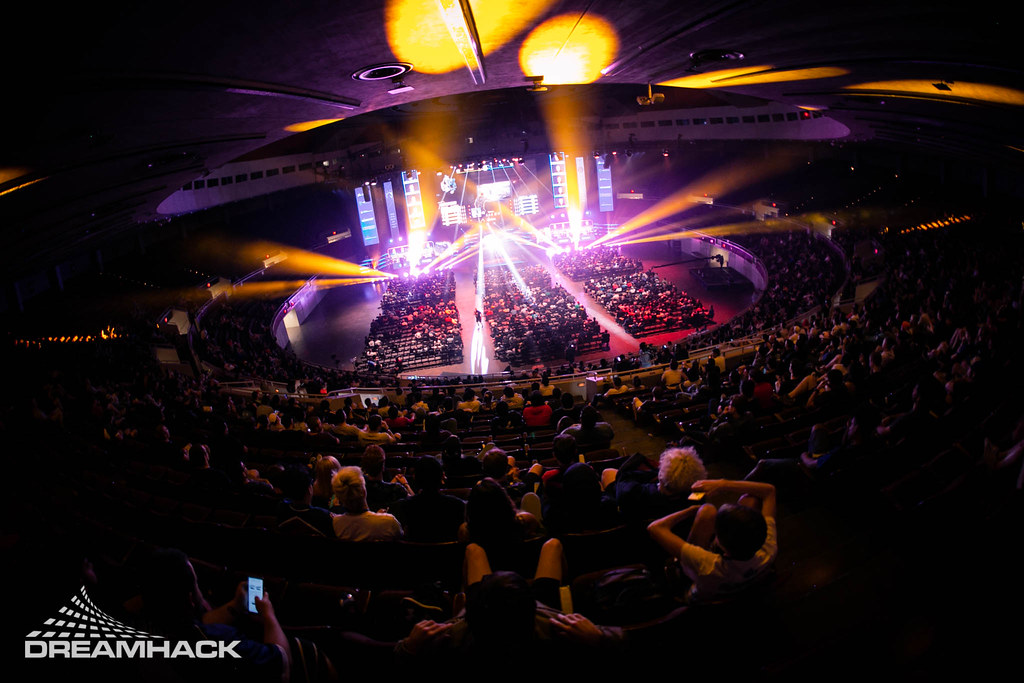 The DreamHack Masters arena was not directly attached to the main expo hall, therefore fans had to travel through the convention center concourse a short distance between the expo and the arena in order to watch the matches. The result was that those watching CS:GO had to actively choose to go to the arena.

While DreamHack Masters was the epitome of an arena-style event, the DreamHack Pro Circuit Rocket League stage was built in the middle of the main expo hall, across from the DreamHack Store and Indie Games Playground, and adjacent to the fighting games stage. The presence of the stage in such a high traffic area meant that passersby could easily be drawn in to the action by means of the crowd’s energy. By the time the finals were in full swing the thousand chairs in the viewing area were at capacity and the crowd spilled out into the main thoroughfare. 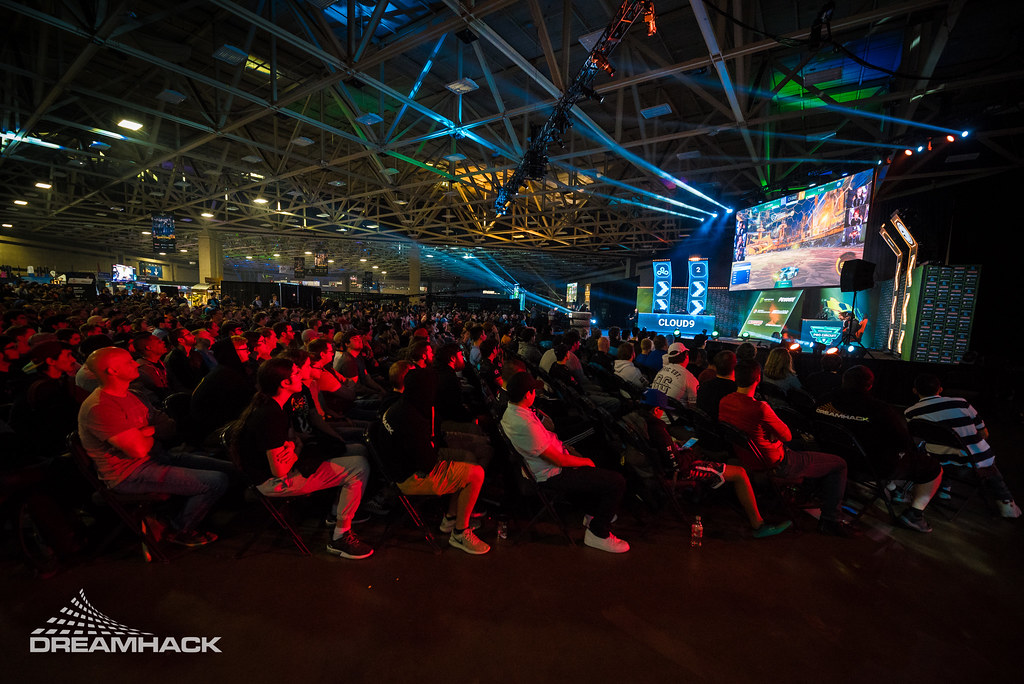 Digitally, DreamHack’s online presence consisted of a multitude of live streams that made the stages and events accessible to viewers through various Twitch broadcasts, which the FanAI platform is equipped to measure viewership across all of the different channels and streams simultaneously. Data collected from Twitch broadcasts helps festival organizers like DreamHack quantify the digital footprint of each stage and event that complements the on-the-ground observations made at the festival floor.

In Dallas, DreamHack Masters wholly outshined every other festival event in terms of highest number of concurrent viewers. For comparison, the Rocket League Pro Circuit peaked at around 40% of the maximum concurrents seen on the DreamHack Masters streams.

But what happens if we look at the average concurrent viewers for the streams? While the Masters tournament drew a larger online crowd for key matches, more viewers were staying to watch the Pro Circuit over the course of the entire broadcast. Many factors contribute here, including the length of the broadcasts and supporting multiple broadcasts specific to different languages.

DreamHack is unique in that it hosts the communities of a wide variety of games all in one place. This makes it a great place for fans of multiple games or even groups of friends with diverse interests to see a little bit of everything. At the event people are free to wander between stages or even watch casually without having to actively spectate something they may not usually watch. While this behavior isn’t yet possible to track quantitatively on the ground,  we can look at how viewers overlap between the different digital broadcasts.

Above, we have analyzed the overlap of logged-in Twitch users watching DreamHack Masters and/or DreamHack Pro Circuit, giving us more insight into what might drive the differences in viewership behaviors. While the total audience size of the Rocket League Pro Circuit was considerably lower than the total audience of CS:GO, it had a higher average viewer rate. Notably, around 20,000 viewers watched both streams at some point during the event. If we synthesize this with the other data we have looked at, it suggests that while CS:GO may have the larger fanbase, Rocket League fans watched more consistently.

Looking at the sum of everything we have discussed here so far we have some interesting points to take away. Both tournaments were hugely successful and generated a good deal of hype at the event, but the experience of each was slightly different based on the space in which it occurred. At the event the Rocket League Pro Circuit audience ended up being standing room only on its final day, yet the CS:GO event had a wider reach digitally and peaked at higher view counts.

The other major difference is that the general layout of the DreamHack show floor encourages attendees to check out a little bit of everything, while online viewing as demonstrated by our overlap analysis seems much more focused and dedicated to a single game. Between these two different modes of data collection we can get a clearer picture of both tournaments not only from the viewing metrics and reach perspective, but from the experiential viewpoint of being present in the crowd at DreamHack Dallas.

The Financial Implications of Restarting the NBA Amid COVID-19